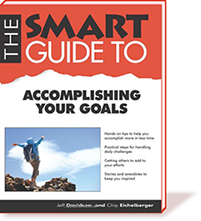 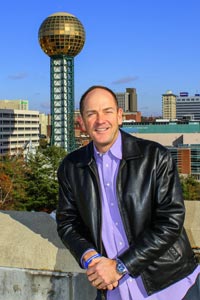 A proven pro, he has been making meeting planners look like a genius for over 20 years. Chip will be THE energy source for your event and bring a positive energy that will resonate with your audience. His highly interactive sessions engage people at a deep level and gets them involved in his presentation. He shows individuals how to get switched on and be the best version of themselves. He does NOT DO A SPEECH! It is an interactive workshop atmosphere that gets the audience involved, interacting and is a refreshing experience compared to the typical “speech”.

If you want a program that is a guaranteed success, choosing Chip as your opening or closing speaker will do the trick. He helps meeting planners like you look good and get the kudos you deserve. Chip always does his homework, speaking to key employees, researching your company, industry and market place so his material is relevant and reinforces your conference message. It is more like a workshop experience that gets the audience involved, engaged and that leads to action.

Chip began his career after 4 award winning years as a sales rep for Jantzen Sportswear and after being let go due to a company buyout, his career took an exciting turn. He went to work with the world renowned Tony Robbins in San Diego where things really took off, winning Sales Leader of the Year twice. He hired, trained and led sales teams around the U.S. and became Robbins’ international point man planting the Robbin’s flag in Australia and the UK.

With that success, Chip decided to launch his own brand and has spoken in every state, every Province of Canada many times and eight countries. He has delivered over 1,000+ high-energy presentations for organizations like State Farm, Hyatt, DOW, Harley Davidson, PriceWaterhouseCoopers, RE/MAX, Smoothie King, Honey Baked Ham, Mass Mutual, Wells Fargo, Campbell’s Soup and Blue Cross/Blue Shield among others. Check out the complete client list.

Chip has received the Certified Speaking Professional designation. This is the highest earned designation given by the National Speakers Association and held by only 7% of their members. Chip was also chosen by his NSA peers to close their CSP/CPAE Summit in January 2015 which was a tremendous honor. Speaking.com ranked Chip as a Top 5 Speaker three years in a row.

Products that Help You Aim Higher and Consistently Achieve More

Reinforce the learning and refresh key points with Chip’s highly motivating audio and video products, and books. Popular titles include Gaining the Edge, Get Switched On! and his newest book The Smart Guide to Accomplishing Your Goals co-authored with Jeff Davidson.

“Thank you so much for two amazing events!! You truly resonated with our reseller audience and our team. The response surveys from the event were so positive." 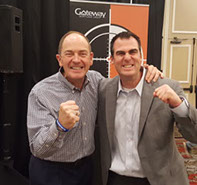 “Chip far exceeded our expectations when he opened day one AND closed day two at our National Sales Conference! When Chip got off stage the AV producer told Chip, ‘You blew last years speaker off the stage.’ We had to agree.” 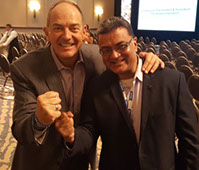 “Chip’s talk was exactly what we needed to kick start the main day at the event and we have had terrific feedback from our people. He was a very engaging and high-energy presenter who did a phenomenal job at engaging the audience in a way that I have never seen a speaker do." 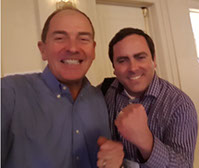 “Thank you for your hard work, preparation, and collaboration prior to your amazing presentation. You for took the time to learn about our company, franchise, people and culture."

Whether you need a speaker for an opening program that sets the tone for energy, interaction and your theme or a memorable closing that leaves the audience motivated and ready to take action, Chip will deliver the results you seek. His profound ability to get the audience engaged, motivated and inspired never disappoints.

Meeting planners who hire Chip are always pleased with his exceptional professionalism, in-depth homework and customized programs to fit your organization. He becomes an essential part of your event team and will make you look great.

Fill out my online form.